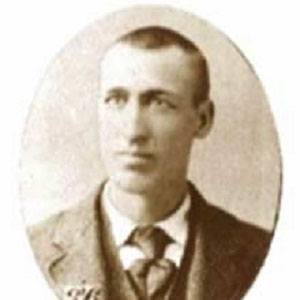 Railroad engineer for the Illinois Central Railroad who was killed when his passenger train, the Cannonball Express, crashed into a stalled freight train on a rainy night in Vaughan, Mississippi. His efforts to stay on and slow the doomed train, saving the lives of many on board, have made him a folk hero.

He worked as a brakeman and fireman for the Mobile & Ohio RR before fulfilling his lifelong dream of becoming an engineer in February 1891.

His heroism has been sung about in songs by some of America's most famous musicians, including Johnny Cash, Pete Seeger and The Grateful Dead.

He had been married to Janie Brady for fourteen years at the time of his death. They had three children together.

He was portrayed by actor Alan Hale Jr. on the television series Casey Jones.

Casey Jones Is A Member Of