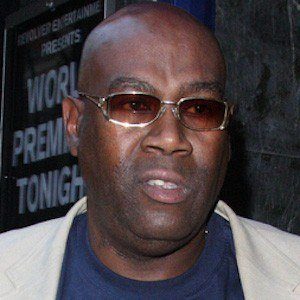 Renowned as the first person to receive a long-term sentence for football hooliganism, he has gained significant fame for his self-titled autobiography and for the subsequent films and documentaries following his life. He became the leader of the Inter City Firm, a group associated with West Ham United, and was eventually sentenced to four years in prison for his work with the group.

As a child he was bullied for both being black and for his first name, Carol, a traditionally male name in the West Indies. Despite this and rampant racism, he rose in the ranks of the Inter City Firm as an adult.

He has worked as a consultant on programs like The Real Football Factories and even made a cameo in the Elijah Wood film Green Street Hooligans.

His mother emigrated from Jamaica. He was abandoned at six weeks old and adopted by a elderly white family in Kent.

He earned his nickname Cass from the boxer Cassius Clay, better known as the legendary Muhammad Ali.

Cass Pennant Is A Member Of