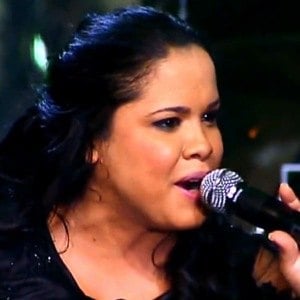 Singer who became one of the most well-known Christian music singers in Brazil with songs like "Hino da Vitoria," "500 Graus" and "Esconderijo do Altíssimo." She was named the first pastor of the Church Assembly of God in 2005.

She recorded her first album when she was just 8 years old.

She was nominated for multiple Troféu Promessas awards in 2011, including Best Song for "I Shall" and Best CD for Viva (2010).

She performed the song "Identidade" with Anderson Freire.

Cassiane Is A Member Of