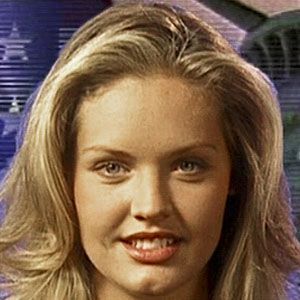 Retired actress who had several roles in television movies which included a starring role in Crowned and Dangerous. She also had regular roles on the series' Hyperion Bay as Trudy Tucker and My Family and Me as Davina Mayhan.

Her earliest role came in an episode of Nickelodeon's Clarissa Explains It All and soon followed that part with parts in Angel Falls and Days of Our Lives.

She also had a recurring role on Melrose Place as Sarah Owens.

She grew up with a younger brother named Cody and a younger sister named Dustin. She married Andrew Towns in 2000.

She appeared in a pair of episodes of the NBC sitcom Just Shoot Me, which featured David Spade.

Cassidy Rae Is A Member Of