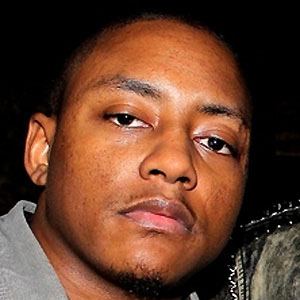 American rapper who has released numerous albums including his debut, Split Personality, in 2004, and 2005's I'm a Hustla. He also appeared in the movie Next Day Air in 2009.

He first signed to Full Surface in 2002 and had his first single, Hotel featuring R. Kelly, released in 2003.

He served eight months in prison for involuntary manslaughter in 2006.

He grew up in Philadelphia, Pennsylvania. His real name is Barry Reese.

He signed with Carmelo Anthony's label, Kross Over Entertainment, in 2009.

Cassidy Is A Member Of