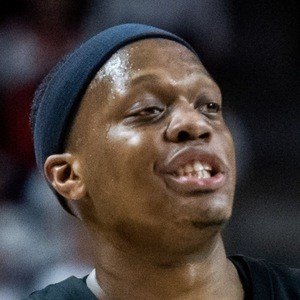 Point guard who rose to fame for his career playing in the NCAA Division I for the Michigan State Spartans. He was named the Big Ten Player of the Year and to Sporting News' 2019 first team All-American squad at the end of his junior year in 2019.

He was named Mr. Basketball of Michigan at the conclusion of his 2016 senior year of high school. He starred at University of Detroit Jesuit High School and Academy in Detroit, Michigan.

He was selected to the All-Big Ten squad as a junior at Michigan State. He was named a second team All-American by the United States Basketball Writers Association in 2019.

His parents' names are Reg and Wendi Winston.

He played alongside Miles Bridges during his 2017-2018 sophomore season at Michigan State.

Cassius Winston Is A Member Of