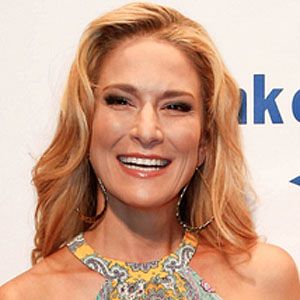 At the start of her career, she worked briefly as a San Francisco-based radio traffic reporter. After moving back to New York, she became a television news reporter.

She found representation with the International Management Group (IMG).

A native of Brooklyn, New York, she raised her two sons, Primo and Truman, in her home city.

She and her contemporary and fellow television host, Ricki Lake, were both born in New York.

Cat Greenleaf Is A Member Of