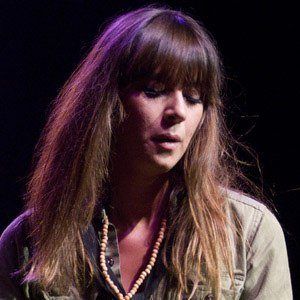 American indie musician who has released many albums, notably Sun, which debuted at #10 on the Billboard 200. She has released singles like "Metal Heart." She is known for her erratic stage performances.

She inherited her love of music from her father, a blues pianist.

Her cover of "Sea of Love" was used in the independent movie Juno.

She has never been married, but had a long-term relationship with Giovanni Ribisi.

She collaborated with Eddie Vedder on her 2003 album You Are Free.

Cat Power Is A Member Of