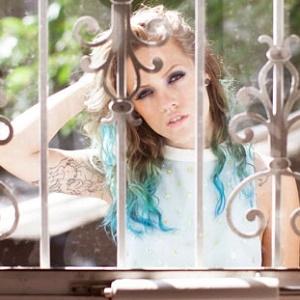 Gaining notoriety for her viral 2014 song "Brooklyn Girls," this pop singer-songwriter would go on to release follow up singles called "Human Contact" and "Night Go Slow."

She got her start underground, in the New York City subways. She played a beat up ukulele for spare change until her producer, Jay Levine, scooped her up from the train platform and brought her to the recording studio.

Aside from music, she is a lifelong painter. She moved to NYC in 2010 to attend and study painting at the School of Visual Arts, but was forced to drop out due to financial problems.

She was born in Virginia Beach, Virginia and would later reside in Brooklyn, New York.

Her influences span from hip-hop to disco, and from Billie Holiday to .

Catey Shaw Is A Member Of