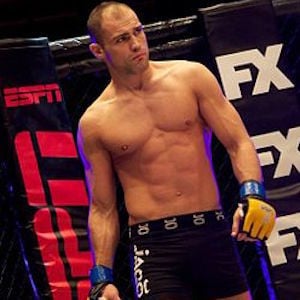 Former mixed martial artist who became known for his time in the UFC's middleweight division. He went 4-2 in the promotion and retired in 2015 after being knocked out by Tom Breese.

He rose to prominence while fighting in Europe with Cage Warriors Fighting Championship, winning the welterweight title in 2013.

He played rugby at Belvedere College, helping lead his team to the Leinster Schools Senior Cup. He studied forensics at Dublin City University.

He was born in Boston but grew up in Ireland, the eldest of four children.

He fought John Howard in the UFC, losing by split decision.

Cathal Pendred Is A Member Of