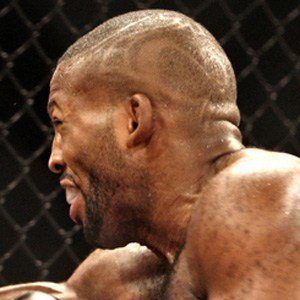 He made a living as an electrician before winning his MMA debut in October 2004.

His first UFC came against Chris Wilson in January, 2009 at UFC 94. He won via split decision.

He defeated Charlie Brenneman via unanimous decision at Ring of Combat 21 in 2008.

John Howard Is A Member Of