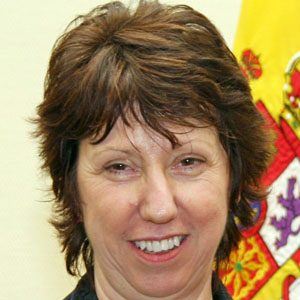 She began her political career in the late 1990s and, by 2001, had been appointed the Department for Education and Skills' Parliamentary Under-Secretary of State.

She graduated from Bedford College, University of London, with a degree in sociology and was the first member of her family to attain a college education.

In 2007, she was appointed by United Kingdom Prime Minister Gordon Brown to the positions of Lord President of the Council and Leader of the House of Lords.

Catherine Ashton Is A Member Of