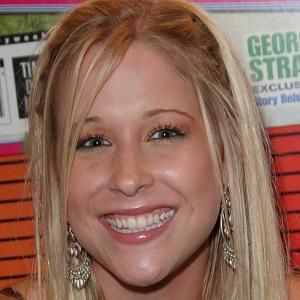 After releasing "The Upside of Being Down," a 2004 track that reached a Top 40 position on the United States' Billboard Hot Country Songs chart, this Australian-born country singer recorded Too Far Gone, an album that topped the Australian Country Music Chart.

Her first album, Dusty Smiles and Heartbreak Cures, was released in 2002. Two years later, she briefly signed with the RCA Nashville record label.

She grew up in Newcastle, New South Wales, Australia, and later settled in Nashville, Tennessee, U.S.A.

She and Elton John collaborated on a 2005 track titled "Where We Both Say Goodbye."

Catherine Britt Is A Member Of