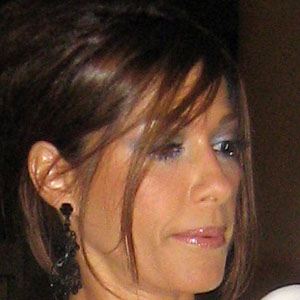 Though she is also famous as the host of Catherine 100% and as a judge of the reality television program Argentina's Got Talent, this popular entertainer is perhaps best known for her role as Sonia Rey on the popular TV series Rebelde Way.

At age twenty-one, she was a finalist in the Miss Venezuela pageant.

She competed on the Argentine edition of Dancing with the Stars.

Following a brief marriage to fellow actor Fernando Carrillo, she wed Osvaldo Sabatini, with whom she raised daughters named Tiziana and Oriana.

Her sister-in-law, Gabriela Sabatini, was the 1988 women's tennis doubles champion at Wimbledon.

Catherine Fulop Is A Member Of