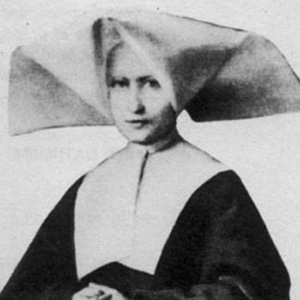 Member of the Daughters of Charity of Saint Vincent de Paul who received a vision from the Virgin Mary to create the Miraculous Medal, worn by Christians worldwide.

One July night in 1830 she woke hearing a voice call her to the nearby chapel, where the Blessed Virgin Mary appeared to her in a vision showing the medal Laboure she was to create.

According to her account of the vision, she was told the wearers of the medal were to "receive great graces."

It was said that at her mother's funeral she picked up a statue of the Virgin Mary saying to it "Now you will be my mother."

Joan of Arc, the young warrior, was similarly motivated by a vision she received from God.

Catherine Laboure Is A Member Of