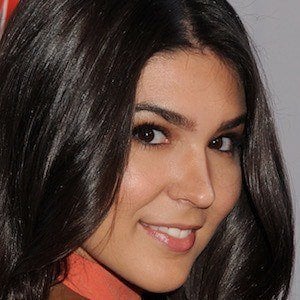 TV show host who gained fame as a contributor to Maria Menounos's AfterBuzz TV. She went on to serve as a host for the network's WWE, NXT, among others. She also hosted her own show, Chatting with Cathy, on AfterBuzz TV.

She discovered her interest in TV hosting while a high school student. She served as the school's host for the live TV news show.

She has appeared on CBS, Buzzfeed, and Oxygen as an interviewer.

She was born and raised in Oak Park, Illinois. She spent much time as a child on her father's farm in Vermont. She has dated wrestler Finn Balor.

Cathy Kelley Is A Member Of