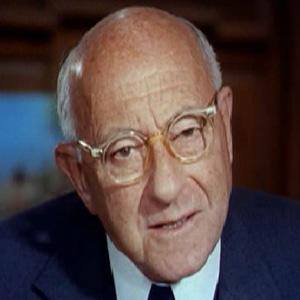 Director of the epic 1956 film The Ten Commandments, which featured Charlton Heston as Moses. His other well known films include The Sign of the Cross (1932), Cleopatra (1934), Samson and Delilah (1949) and The Greatest Show on Earth (1952), which won the Academy Award for Best Picture.

He began his entertainment career as a stage actor. He directed his first silent film in 1914 after having written and directed plays.

The Cecil B. Demille Award at the Golden Globes is named in his honor and is given in recognition of a lifetime achievement in filmmaking. He was the first recipient of the award.

He was born to parents who loved theater. He married Constance Adams on August 16, 1902, and they had four children together.

He directed Claudette Colbert in the 1934 film Cleopatra, his first film to receive an Academy Award nomination for Best Picture.

Cecil B. DeMille Is A Member Of