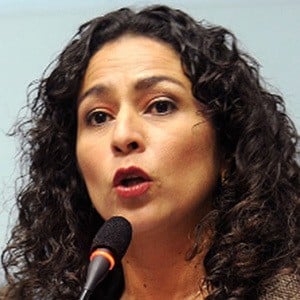 Politician who began representing the department of Cajamarca in the Congress of Peru in 2006. She is a prominent fujimorist who was named as the vice president of Congress in 2009.

She studied at Ricardo Palma University before moving to the United States, where she worked as a waitress.

She was sentenced to four years in prison for money laundering in 2012.

She is the daughter of General Walter Chacón Málaga. She married Luis Portal Barrantes and has sons named Miguel and Paolo.

She and Héctor Becerril served together in the Congress of Peru.

Cecilia Chacón Is A Member Of