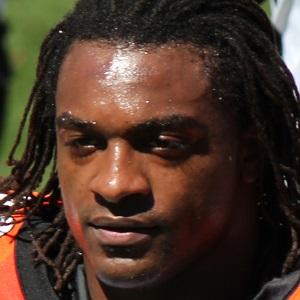 NFL running back who was selected fourth overall in the 2005 NFL Draft by the Chicago Bears.

He had a standout high-school football career at Robert E. Lee in Midland, Texas, where he became the first-ever high-school player to appear on the cover of Texas Football magazine.

His first season with the Green Bay Packers in 2012 was derailed by injury.

His family's football talent is not limited to him; his cousin, Aaron, was a linebacker for the University of Texas.

He played with Cincinnati Bengals quarterback Andy Dalton during Dalton's rookie season in 2011.

Cedric Benson Is A Member Of