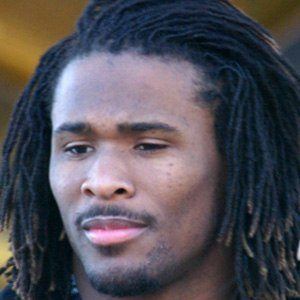 NFL star running back who became a free agent in 2017. He began his career with the Carolina Panthers in 2006; he would later play for the Pittsburgh Steelers from 2015-2016.

He set an NCAA record with thirty-four 100-yard rushing games at the University of Memphis.

Has one daughter with Risalyn Williams, whom he married in 2016.

He starred in a dual role in Carolina alongside Jonathan Stewart.

DeAngelo Williams Is A Member Of