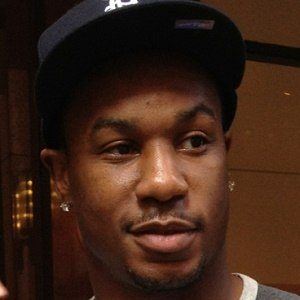 NFL running back who set the NFL single season record with 2,696 all-purpose yards in 2011, accumulated through kick returns, punt returns, rushing, and receiving. He spent the first six years of his career with the San Diego Chargers, then three years with the New Orleans Saints before joining the Philadelphia Eagles in 2014.

His was given the nickname Tank after weighing 10 pounds at birth. He played college football at Kansas State University.

In a game against the Indianapolis Colts on November 11, 2007, he became the first player to ever score his first two career touchdowns by retuning a kickoff and a punt for scores.

He is the son of former running back Larry Sproles. He married his longtime girlfirend Michelle Hunt after the 2011 football season and has a daughter named Devyn Sproles.

He played with NFL great LaDainian Tomlinson in the San Diego backfield early in his career.

Darren Sproles Is A Member Of