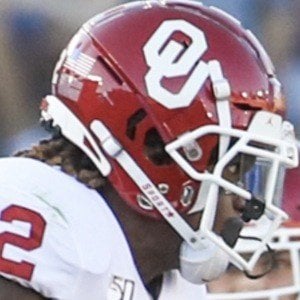 Wide receiver who had a dominant collegiate career at the University of Oklahoma, where he totaled over 1,000 receiving yards in both his sophomore and junior seasons. He was selected 17th overall in the 2020 NFL Draft by the Dallas Cowboys.

As a high school student he played football at John and Randolph Foster High School in Richmond, Texas.

In 2019, he was a Consensus First-Team All-American and he was also a finalist for the Biletnikoff Award, given to the best wide receiver in college football.

Lamb was born in Opelousas, Louisiana. He is from a football family. Cliff Lamb, his father, was a MidAmerica Nazarene football player. Adam Lamb, his uncle, was a football player at Texas Southern. His other uncle, Chester Ramirez Jr., was a member of the Air Force Academy football team.

He was coached by Lincoln Riley while playing at the University of Oklahoma.

CeeDee Lamb Is A Member Of