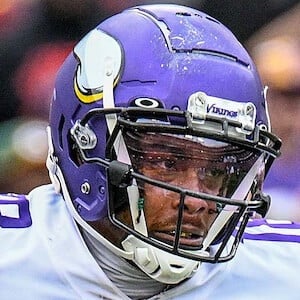 Wide receiver who was the leading receiver for the Louisiana State University Tigers in 2018 with 54 catches for 875 yards and six touchdowns. He was selected 22nd overall in the 2020 NFL Draft by the Minnesota Vikings.

He helped lead the Tigers to a blowout victory in the 2019 Peach Bowl.

He has brothers named Ricky and Jordan who also played football for LSU.

He was coached by Ed Orgeron after becoming a prominent member of the Tigers.

Justin Jefferson Is A Member Of