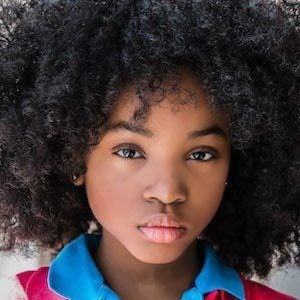 Child model and actress who has done professional commercial, editorial and runway work. She was featured at both Los Angeles and New York Fashion Week wearing Ydamys Simo. She has garnered a followng of over 60,000 people on her Instagram account as a result of her modeling fame.

Her modeling career began when she was just 3 years old.

As an actress, she appeared in a couple of short films as well as commercials, educational, promotional and music videos. Her Instagram states that she is the youngest professional runway model.

With help from her parents, she founded a t-shirt company called The Chatty Chick. Her mom would help manage her Instagram account.

She was a leading actress in the music video for Willy William's "Voodoo."

Celai West Is A Member Of