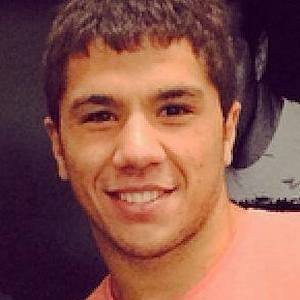 German professional boxer who is known for competing in the Super Middleweight division under the management of Shane Shapiro. Known for his orthodox stance, he fights regularly at The Hinckley Grand Casino.

He made his professional boxing debut in December of 2014 at the Civic Auditorium in Glendale which he won by unanimous decision.

He was born and raised in Frankfurt, Germany but later settled in Sherman Oaks, California.

He shared a photo with Arin Ray to his Instagram in September of 2018.

cem kilic Is A Member Of