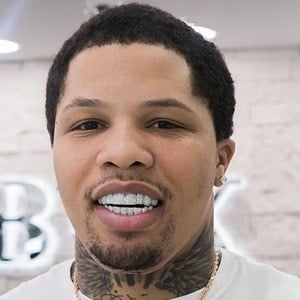 Southpaw who won the IBF super featherweight title in January 2017, which improved his record to 17-0 at the time. He went on to retain the title in May 2017 in a 3-round KO against #1-ranked light heavyweight Liam Walsh.

He began training at the Upton Boxing Center in Baltimore, Maryland at age 5. In 2012, he won the National Golden Gloves championship after being a two-time National Junior Olympic gold medalist.

He was originally raised in the Sandtown-Winchester neighborhood of West Baltimore, Maryland. He has dated Ariana Fletcher. He has two daughters. In 2022 he was romantically linked to Vanessa Posso.

His mentor and promoter has been boxing superstar Floyd Mayweather, Jr.

Gervonta Davis Is A Member Of