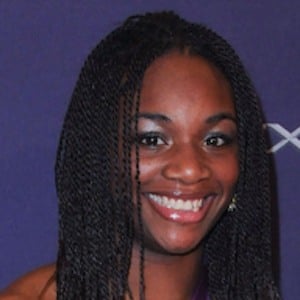 American professional boxer who became the unified world champion in two weight classes in June 2018. She has two Olympic gold medals in the women's middleweight division - one from the 2012 London Olympics, and one from the 2016 Rio Olympics - making her the first American boxer to win consecutive Olympic medals, and the first American woman to win a gold medal in boxing.

She began training at Berston Field House in Flint when she was 11, with Jason Crutchfield as her trainer.

In 2017, she won the Nickelodeon Kids' Choice Sport Award for biggest powerhouse, and in 2018 was inducted into the USA Boxing Alumni Association's Hall of Fame.

Her parents are Bo Shields and Marcella Adams. She has three siblings. She was raised by her grandmother Joanne Adams.

In 2016 Universal Studios hired Barry Jenkins to write the movie based on her life.

Claressa Shields Is A Member Of