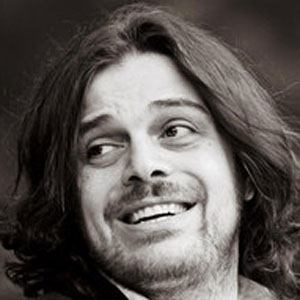 Rock guitarist from Istanbul. He released a popular 2003 album entitled Set Me Free!!! and toured with singer Joe Lynn Turner. His other recordings include Siyah Beyaz Masallar and a self-titled live album.

He learned to play the mandolin during his elementary school years and recorded his first album in his teens.

He recorded an album called Vigilante with vocalist Mats Levén.

He was greatly influenced by the classical compositions of Johann Sebastian Bach.

Cem Köksal Is A Member Of