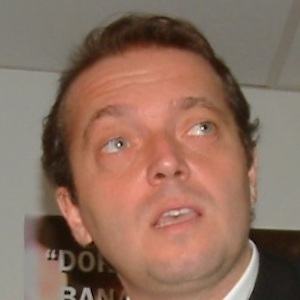 Businessman and politician who is a member and son of Uzan Group, a family owned media empire that was the first 100% Turkish-owned telecommunications company. He is the co-founder of Star TV. In 2002, he moved into politics, founding The Young Party. After a series of government seizures against his businesses and properties, he fled to France in 2009, claiming political asylum. He was sentenced in absentia to twenty-three years in prison on 15 April 2010.

He graduated from Istanbul German High School, and received his degree in business administration from Pepperdine University in California.

In 1990, he bought the then-failing football club Istanbulspor. It was promoted back to first league in 1995, and was once again competing in the UEFA Cup by 1997.

He was married to Alara Kocibey from 1997 - 2009. He married Fanny Blanchelande in 2012. He has four children, Emre Renç, Yasemin Paris, Sinan Kemal, and Dilara Gizem Uzan. His parents are Kemal and Melahat Uzan.

Cem Uzan Is A Member Of