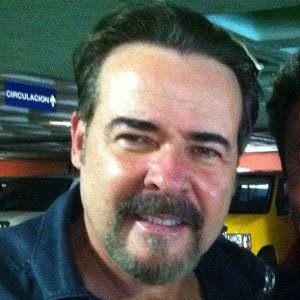 Cuban TV and film star of Mexican telenovelas such as Si Dios Me Quita La Vida, and films such as Gertrudris and Trópico de Sangre.

He moved to Mexico in the early 1990s, after appearing in several films in home country of Cuba.

He made his big screen debut in the 1982 film Cecilia.

He had three children with his second wife, Vivian.

He played a supporting role to Michelle Rodriguez in the 2010 film Tropico de Sangre.