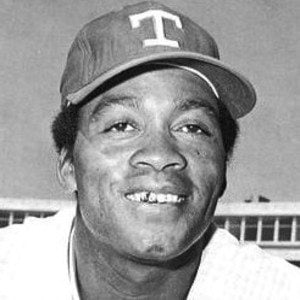 'Mr. Versatility,' he once played all nine positions in a 1968 game with the Minnesota Twins.

He shined shoes in Venezuela to make a little extra money for his family, getting to the MLB at age 19 thanks to this friend Gus Gil.

After Scott Shedon of the Texas Rangers and Shane Halter of the Detroit Tigers both played nine positions in a single game in 2000, he became one of four players to ever accomplish the feat.

He grew up in Caracas, Venezuela, one of three children born to Frank, a construction worker, and Justina Tovar.

Billy Martin praised him in his memoir, saying "Tovar was my little leader," and the person Martin used to motivate teammates.

César Tovar Is A Member Of