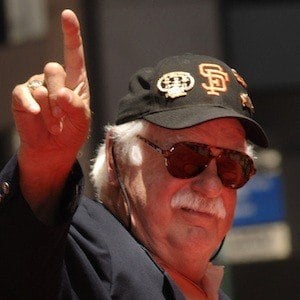 Hall of fame pitcher known for his spitballs. He spent 22 years in the majors, winning 314 games, striking out 3,534 batters and posting a career 3.11 ERA.

A friend of his father's died while having his teeth pulled, and he became his namesake.

Former Manager Gene Mauch complained about his spitballs, saying that, "He should be in the Hall of Fame with a tube of K-Y Jelly attached to his plaque!"

His brother was Cy Young Award winner Jim Perry. He was married to Blanche Manning Perry until her death in 1987. Together they had three daughters and a son.

He hit his career first home run an hour after Neil Armstrong and Buzz Aldrin landed on the moon.

Gaylord Perry Is A Member Of