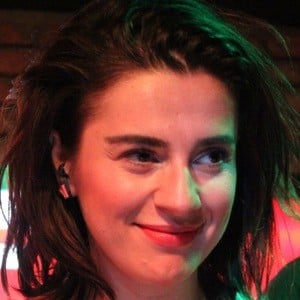 Songwriter who released his first solo album Soluk in 2010. She then continued her solo career with Ütopyalar Güzeldir in 2012.

She began his musical career by joining the Akhisar Municipality's children choir. She then learned piano in 1995.

She recorded the project Octophone in 2008 with Philipp Gropper and Wanja Slavin in Berlin. She has over 460,000 followers on her ceylanertem Instagram account.

She and Aleyna Tilki are both songwriters from Turkey.

Ceylan Ertem Is A Member Of