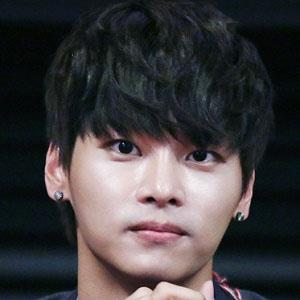 K-pop singer popularly known as N. He is a member of the boy group VIXX. He has made regular appearances acting on variety shows like Hitmaker and Off to School. Also an actor, he led the teen drama series Sassy, Go Go and appeared on Cheer Up! and Tomorrow Boy.

He began his career competing in dance competitions, being skilled in ballet, hip-hop, jazz, and contemporary dance.

He has hosted shows like Show! Music Core and Weekly Idol.

He was born in Changwon, South Korea as the youngest of four. He has one older brother and two older sisters.

He is joined in VIXX by rapper and vocalist Lee Hong-bin and singer Lee Jae-hwan.

Cha Hak-yeon Is A Member Of