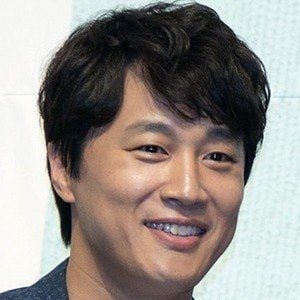 South Korean actor and singer who became a star through his roles in hit films like 2001's My Sassy Girl, 2008's Scandal Makers and 2010's Hello Ghost. As a singer, he is known for songs like "Happiness" and "Don't Let Go of My Hand."

His show business career began in 1995, when he appeared on the KBS Talent Contest. He came in second place.

He is the co-founder of the talent agency Blossom Entertainment.

He married Choi Suk-eun in 2006. He has children named Cha Soo-chan, Cha Su-jin and Cha Tae-eun.

He co-starred with Oh Ji-ho in the 2012 comedy The Grand Heist.

Cha Tae-hyun Is A Member Of