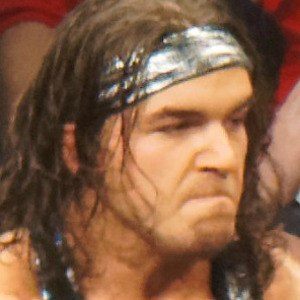 Professional wrestler who signed with the WWE's NXT promotion in 2013 and made his television debut in 2015. He was previously an accomplished amateur wrestler, having medalled at competitions like the World University Games, Pan-American Championships and Gamma Cup.

He was a Minnesota state high school wrestling champion in 2004 went on to attend Northern Michigan University.

He bested Jordan Holm in the final of the 2012 U.S. Olympic Trials.

He was born Charles Betts to parents Pete and Pam. He married Kristi Betts in June 2011.

In his NXT debut, he defeated Tyler Breeze.

Chad Gable Is A Member Of