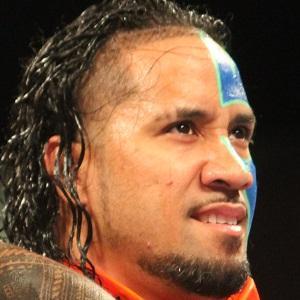 Tag team specialist who wrestled for the WWE as one half of the twin brother duo, The Usos.

He made his professional debut in World Xtreme Wrestling in 2007.

He and his brother were Tag Team Champions, while competing for Florida Championship Wrestling.

He is the twin brother of Jimmy Uso. His father is the famous wrestler Rikishi.

He has wrestled with his brother Jimmy Uso under the ring names The Usos, The Fatu Brothers, and The Fatu Twins.

Jey Uso Is A Member Of