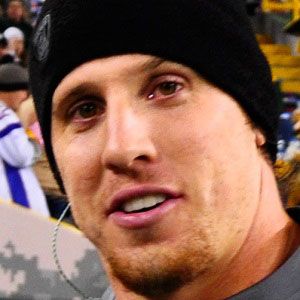 NFL linebacker who was named to consecutive Pro Bowls in 2011 and 2012 while playing with the Minnesota Vikings.

He was a two-time All American during his final seasons at the University of Iowa.

He led the NFC in combined tackles during the 2010 season.

He married Jennifer Capista in July 2006; the couple has a daughter named Maddyn.

He was a 2012 All Pro, which was also the case for his teammate Adrian Peterson.

Chad Greenway Is A Member Of