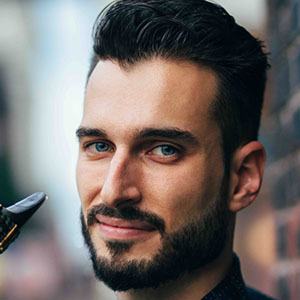 Professional saxophonist who is known for his jazz music both as a soloist and as backup for a range of other professional musicians and artists. He is a part of the Afro-Latin Jazz Orchestra and shares videos of his performances and playing through Instagram for his over 90,000 followers.

His single "Onward" was selected as an Editor's Pick in Downbeat Magazine in 2017 for its technical abilities and intricate lines.

He was born and raised in Elmira, New York.

He collaborated with fellow jazz musician Randy Brecker on his single "Onward". He is also known for having gone on tour to perform with Taylor Swift.

Chad Lefkowitz-Brown Is A Member Of