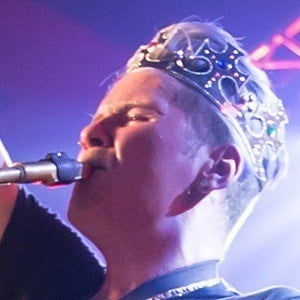 Saxophonist who has become famous for his dance moves and attention-grabbing dress style in addition to his playing. He is widely known for performing with the band Too Many Zooz, who have gone viral multiple times with performances in the subways of New York City. He later joined Lucky Chops.

He attended the Manhattan School of Music, where he was a member of the Afro-Cuban Jazz Orchestra.

He was featured on Beyoncé's album Lemonade (2016) and performed with the superstar at the 2016 Country Music Association Awards.

He guested with Metropole Orkest for a 2017 concert of the works of Charles Mingus.

Leo Pellegrino Is A Member Of