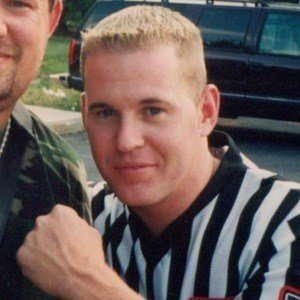 The first match that he ever refereed was a battle between Steve Blackman and Tiger Ali Singh.

He was first introduced to the WWE family by fellow referee Jack Doan.

During the December 2005 edition of RAW he was punched in the face while refereeing a Shawn Michaels battle.

Chad Patton Is A Member Of