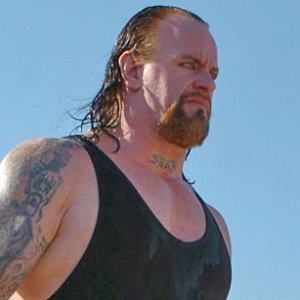 Born Mark Calaway, he is a four-time World Heavyweight Champion who became known for his gothic, undead persona after competing in the WCCW in 1984.

He played basketball at Waltripp High School and at Texas Wesleyan University.

As a compliment to his WWE persona, the character Kane acted as his half-brother; together they formed the Brothers of Destruction.

He had four older brothers named David, Michael, Paul, and Timothy. He married third wife, former wrestler Michelle McCool, on June 26, 2010. They had a child named Kaia Faith Calaway in 2012. He has two daughters from his second marriage.

The Undertaker Is A Member Of