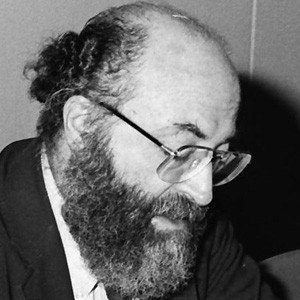 Orthodox Jewish-raised author who wrote The Chosen, a novel that provides a glimpse into the insular world of Hasidim. His other literary works include My Name is Asher Lev (1972) and In the Beginning (1975).

He was ordained as a rabbi after attending the Jewish Theological Seminary of America. He later earned a graduate degree in Hebrew literature and subsequently attained a position as a U.S. Army chaplain.

The Chosen, his debut novel, spent more than six months on The New York Times best-seller list and was turned into both a feature film and a short-lived Broadway musical.

He was born in The Bronx, New York, as the oldest of four children in an Orthodox Jewish family. In 1958, he wed social worker Adena Sara Mosevitzsky; together, the couple had three children.

Rod Steiger starred in the 1981 film, The Chosen, which was based on Potok's book of the same name.

Chaim Potok Is A Member Of