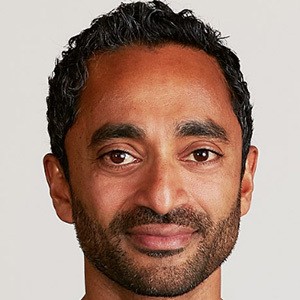 Businessman who rose through the ranks in business and later became the founder and CEO of Social Capital.  While running Social Capital he helped take several private companies public via a transaction method known as a SPAC.  Prior to Social Capital, he was an early senior executive at Facebook where he worked from 2007 until 2011.

He earned a degree in electrical engineering from the University of Waterloo in 1999.

One of his firm's best investments was in Yammer which was acquired by Microsoft.  He became a minority owner and board member of the Golden State Warriors basketball team.  In 2020 he invested $370 million of his own money into a variety of investments and generated a value of over $2 billion.  He announced on Twitter in January of 2021 his intention to run for Governor of California.

His mother used to be a housekeeper.  He married a woman named Brigette Lau but the couple divorced in 2018.  He has four children.

He has stated that one of the reasons he joined Facebook was the lack of ego of founder and CEO Mark Zuckerberg.

Chamath Palihapitiya Is A Member Of