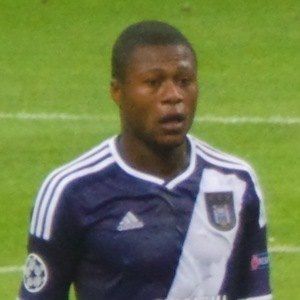 Defender who joined Newcastle United in 2015, and the DR Congo national team in 2012. He scored his first goal with the team on May 7, 2017 against Barnsley.

He joined the Belgian club Anderlecht in 2012. He had a bone scan to prove he was the age he claimed he was.

His mother is Antoinette Mbemba Mangulu.

He and Axel Tuanzebe are both soccer players from the Congo Republic.

Chancel Mbemba Is A Member Of