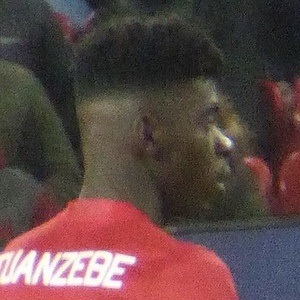 Center back who is widely known for his career playing in the English Premier League. In October 2015, he made his first team roster debut with Manchester United, before making his first in-game appearance in January 2017.

He became associated with the Manchester United youth academy at age 8. In 2009, he was given the Sports Boy of the Year award by his local mayor of Rochdale, England.

He has played for the England national U-19 and U-20 teams. He helped the U-20 squad win each of their three matches at the 2016 Four Nations tournament.

Within the first ten minutes of his Premier League debut, Jose Mourinho praised his potential for success.

Axel Tuanzebe Is A Member Of