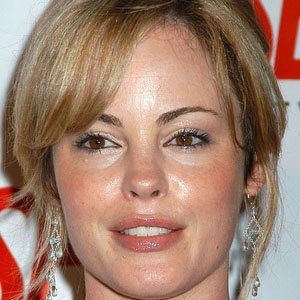 She became known for her breakthrough role as Liz, Val Kilmer's character's wife, in The Salton Sea. She also made appearances in the comedy films I Now Pronounce You Chuck and Larry and The Tooth Fairy.

Her first TV experience was on the HBO mystery series The Hitchhiker.

She was nominated for an Emmy Award for her part as Laura Chandler in the mini-series Mister Sterling.

She married Mark Tinker, a famous television producer and director, who became noted for his work with HBO. She was previously married to actor Don Callis.

She appeared in the horror film White Noise alongside Michael Keaton.

Chandra West Is A Member Of