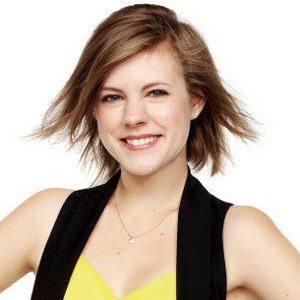 Her training as a gymnast helped her land her first ever part in a commercial for gymnastics Barbie. She then decided to continue her pursuit in acting by attending Templeton Secondary School's Theatre Temp program.

She landed roles in other television films by the names of Radio Rebel and Zapped.

She beat out thousands to star on Incredible Crew, a series created by Nick Cannon.