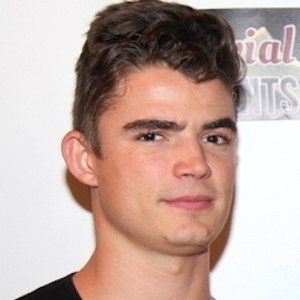 Bassist and back-up singer for the rock band False Puppet. In 2015, the group played 13 dates at the Vans Warped Tour music festival.

He became close friends with the lead singer, Tyler, in 3rd grade. They formed a guitar trio, and performed their written song for their elementary school. He also participated on his high school's varsity volleyball team for 3 years.

They have toured with the support of the producer Ronnie King, who has produced for Mariah Carey.

Channing Peake Is A Member Of