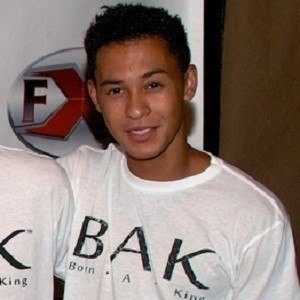 Rose to fame after he was cast in the series Power Rangers Ninja Steel as the Yellow Ninja Steel Ranger. He has also been seen in episodes of Grey's Anatomy, Awkward., and The Thundermans.

His first major success was in 2010 providing various voices to the video game Red Dead Redemption.

In 2011, he made his screen debut in the television movie Grace.

His mother's name is Kelly and he has a sister named Riley Gray.

He is the Yellow Ranger to Peter Adriana Sudarso's Blue Ranger in Power Rangers Ninja Steel.

Chantz Simpson Is A Member Of